In the Ayurvedic literature, Safed Musli is celebrated as a Divya Aushad with unparalleled medicinal properties. It is a chief ingredient in the preparation of over a hundred Ayurvedic formulations. Besides its extensive use in Ayurveda and other conventional medicinal systems in Asia, Safed Musli is also gaining increasing acceptance as a vitalizer and health-giving tonic, a curative for pre-natal and post-natal problems, a restorative for immunity-improvement and as a remedy for diabetes and arthritis.

Alongside, the recent discovery of Safed Musli as a natural and safe Energy Booster agent has also opened up new channels of application and new demand for it. By virtue of being a herb, Safed Musli has been found to be an ideal Energy Booster with no negative side-effects associated with chemical-based Energy Booster. Realizing it, the Gujarat State Forest Development Corporation has lately launched a Safed Musli–based potency drug named Nai Chetna, which is gradually gaining acceptance as a superior alternative to The Indian Herbagra.

The recent times have been a witness to the resurgence of medicinal plants in human healthcare. The spiraling popularity of plant-derived healthcare products can be traced to the advent of ‘green health boom’ across the world.

Apart from its gradually growing use in pharmaceutical, phytopharmaceutical and nutraceutical companies, medicinal plants are finding increasing use as raw material in diverse industries – cosmetics, detergents, dyes, insecticides, paints etc. By virtue of being the home of Ayurveda, India has naturally been a huge market for Safed Musli. In addition, increasing awareness and appreciation of the ‘natural goodness’ of herbal products across the world has bolstered the demand for Safed Musli.

Many countries in the Gulf, Europe and USA have traditionally been the major importers of the dry roots of Safed Musli for its use in the making of an assorted range of herbal products.

Among the numerous uses and usage of Safed Musli, the most important of them include the following: 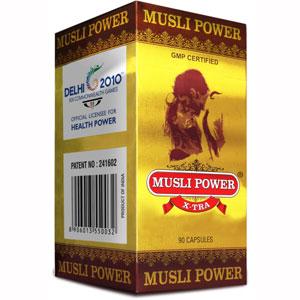